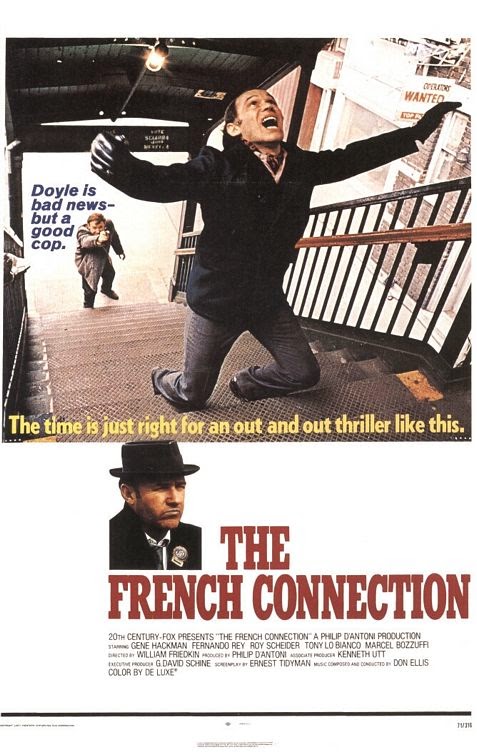 It seems like anything I had ever heard or read about The French Connection is always centered on the film’s famous car chase scene. And straight up, it is a pretty great scene that still holds. Its unvarnished appeal and drawn out suspense give it this sense of realism often missing in today’s architecturally slick action sequences. But while the car chase scene hogs all of the critical attention, one thing is oft overlooked about The French Connection: It’s just a spectacular piece of entertainment, despite its shopworn composite parts made up of drugs, the fuzz and a bunch of bad dudes. This fact makes it a unique entry into the fraternity of Best Picture films. It isn’t some deep character study. It’s not some lush, period drama. It’s by and large devoid of any universal insight that shades the truth of human existence. No, it doesn’t retain any of the hallmarks of a typical Best Picture winning film. Frankly, it doesn’t give a royal rat’s ass either. Instead, it’s a smash-and-grab cop drama that isn’t seeking to cause a revolution in that genre, either. The liberation that comes through a clear-sense of self seems to benefit The French Connection because it puts the pedal to metal with supreme confidence, offering an unforgettable ride.

Directed by William Friedkin, noted director behind The Exorcist, with Gene Hackman in the driver’s seat and Roy Scheider in the passenger’s seat, The French Connection revved up the Academy, which fueled the film with eight nominations. The French Connection would eventually drive off with a nice haul of five golden boys, including the Oscar for Best Picture in 1971. Its victory emerged from the pushing and shoving of a particularly competitive race that year, which also included A Clockwork Orange and Fiddler on the Roof both vying for the top honors. Incidentally, it became the first R-rated film to win Best Picture, with the recently installed rating now beginning to occupy space on movie posters. Apart from the big cheese, The French Connection also took home Oscars in several other top-tier categories, including Best Director and Best Actor for Hackman. While struggling with the envelope to extract the card with the Best Actor winner’s name on it, presenter Liza Minnelli breathlessly asked the audience, “Are you all as nervous as I am?” The answer is, Liza, of course not. We all knew Hackman’s name was on that card, and deservedly so. 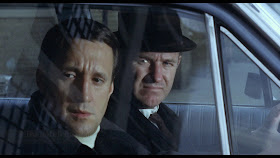 Adapted from Robin Moore’s non-fiction novel, The French Connection follows a Lincoln Continental lined with unusually pure heroin as it’s shipped from Marseilles to New York. Accompanying the car is Alain Charnier, a suave, sophisticated French criminal attempting to set up a deal to offload the heroin to the mob. Meanwhile, through a series of hunches and leads, New York narcotic detectives Jimmy “Popeye” Doyle and his partner Buddy “Cloudy” Russo sniff out Charnier’s trail. But Charnier soon catches wise to his new shadow and flushes Popeye out into the open in a memorable cat-and-mouse subway sequence.

Later, after a frustrating stakeout of the drug-laced Lincoln Continental leads nowhere, Doyle impounds the car and tears it apart piece by piece convinced it is hosting a stash of drugs. After an exhaustive effort Doyle and his crew finally discover the heroin tucked away in the body of the car. Like a puzzle, they reassemble the car to its original condition and set a tail on it. Charnier eventually takes possession of the car, driving it out to a remote, abandoned factory where the exchange is made with members of the mob. Thinking he’s pulled off the deal, a grinning Charnier speeds off right into a roadblock with Doyle standing there at the helm. A foot chase between Charnier, Doyle and Russo ensues in a rotted out building, culminating with Doyle killing a federal agent, mistaking him to be Charnier. Fade to black. 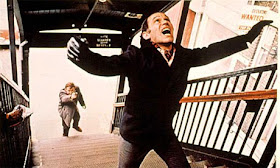 Many critics have noted the fact that character development is scant in The French Connection, with Doyle being the only figure who approaches anything beyond a singular dimension. While I would agree with this observation, I would also give shine to the idea that the city of New York, as those in the film know it, is an influential character in and of itself. Its grungy streets, seedy night spots and wasteland vacant lots exert a hardening force on each individual, shaping their character. This New York is not the New York of Annie Hall, The Apartment or Miracle on 34th St. This New York is frigid and unsympathetic, it’s callous and foul, unmoored by morality or humanity. It doesn’t play host to heroes. It doesn’t abide them. It doesn’t let them survive. Their nature is informed by this steely Bitch. It pours ice into their veins, making them not afraid to pull the trigger or pistol-whip a suspect for information. Therefore, the cops who make this New York their companion can never separate themselves from it. This New York has cursed them to operate on a wavelength that they can’t fully control. 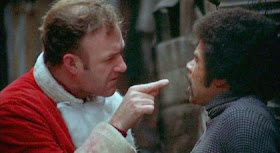 As the film’s central character, Gene Hackman is aces when it comes to finding this wavelength and grooving right along it. He is neither a hero nor a villain. He has no apparent destiny. Like a hound, he’s picked up the scent of the case and is devoted to solving it because that’s what he does. One gets the impression that Doyle probably couldn’t care less about the drugs. His interests are exacted on nabbing Charnier because this would complete playing out some designated role handed out to him in this blighted world. The final scene highlights the extent to which this is true when Doyle accidentally shoots a federal officer also working the case. The wake of this tragedy only registers on Doyle’s radar as a source of frustration; disappointed that this guy got in the way, allowing the other guy to get away.

It’s a delight to watch Hackman grab this role by the throat and own it from the crown to the ground. There doesn’t exist a single ounce of hesitation in his performance as the pig-pie hat wearing, vulgar, stone-cold detective. Hackman excels at being able to generate a sense of unpredictability; a loose-cannon nature that is shaky as it rides the rails of a character’s determination. In Det. Doyle, Hackman has found the ideal sandbox for his talents to play in. 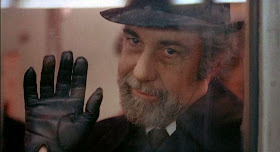 Favorite Line: I’m going to break rank here and forgo a favorite line for a favorite moment that had no dialogue. At one point in the film, Doyle is pursuing Charnier through the crowded streets. Charnier enters a subway station, boards a train and then gets off at the last second, forcing Doyle back onto the platform in totally conspicuous manner. Charnier does this a second time just to toy with Doyle. But on the third time, he eludes Doyle and his boards the train, making his escape. As the train pulls away, Charnier gives Doyle a smug little smile and wave, rubbing his victory right in Doyle’s face.

The best moment of the film comes at the end after Charnier has collected his cash from the mob in the heroin deal. As he gleefully speeds off, his celebration comes to a screeching halt in front a police barricade with Doyle out in front, who returns the gesture to Charnier by giving him a smug little smile and a wave. Boom!
Unknown at 11:56 AM
Share